You are here: Home / Articles / Meet the Referee – Kevin Johnson

This week’s referee spotlight focused on Kevin Johnson, who was appointed the referee for the Newport County v Swansea City Carabao Cup 1st Round game on Saturday, 5 September 2020. 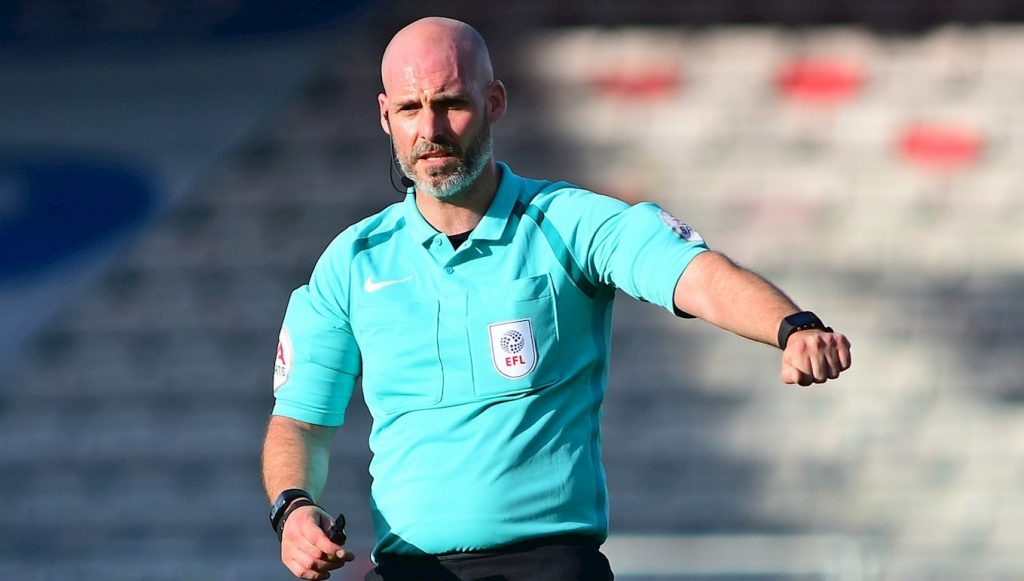 Referee Johnson was assisted by Andrew Laver and Steven Plane, with Daniel Flynn the 4th Official for the game.

Background:
This is 42 year old Johnson’s seventh season as a Football League referee.

The former Bristol Evening Post newspaper printer, now property maintenance officer, was promoted to the Football League National panel of referees at the start of the 2014/15 season, having spent six seasons been an official in the National Conference.

He began officiating during his late teens in the Bristol and Suburban and Gloucestershire County Leagues before taking charge of Western League and Southern League fixtures.

Swans related Fact(s):
This was the first time that Kevin Johnson had been the referee for a Swansea City away game, having been a referee for only one Swans home game to date.

In summary, Kevin Johnson record for Swansea City games is as follows:

This referee has a Swans Love Factor of 50%