Whilst the vast majority of people in Swansea were following the Government’s guidance on staying at home last weekend, it appears that some local pranksters had other ideas.

According to G4S, the security firm allegedly responsible for patrolling the home of the Swans and Ospreys, the side gates between the ticket office and club shop were tampered with during the early hours of Monday morning. 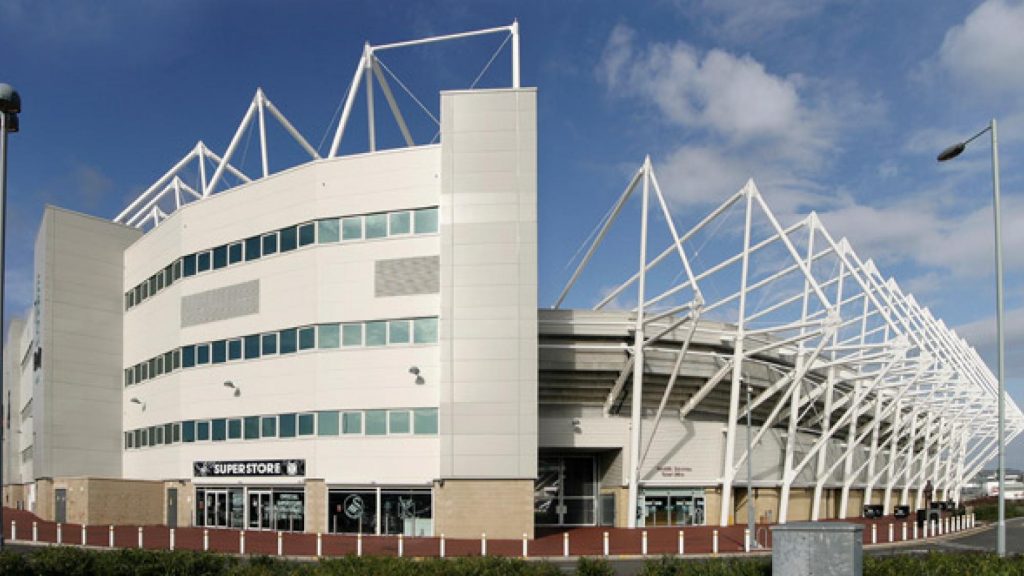 Unofficial sources at both G4S and the club have told us however, that they have been left somewhat bemused by the whole episode, as nothing appeared to have been damaged or indeed stolen during the incident.

In fact, the only evidence of forced entry – aside from the broken locks – was some damage to the hallowed Liberty Stadium turf.

Unfortunately, it has since transpired that the stadium’s pitch was being graced by wild ponies, much to the dismay of the Swans Head Groundsman Dan Deline, who was clearly very upset about what had happened, telling us:

I’m bloody tamping to be honest. I’m well concerned about the state of the pitch to be honest like, especially after those cart horses have been on there kicking up a stink, and believe me they do stink!” 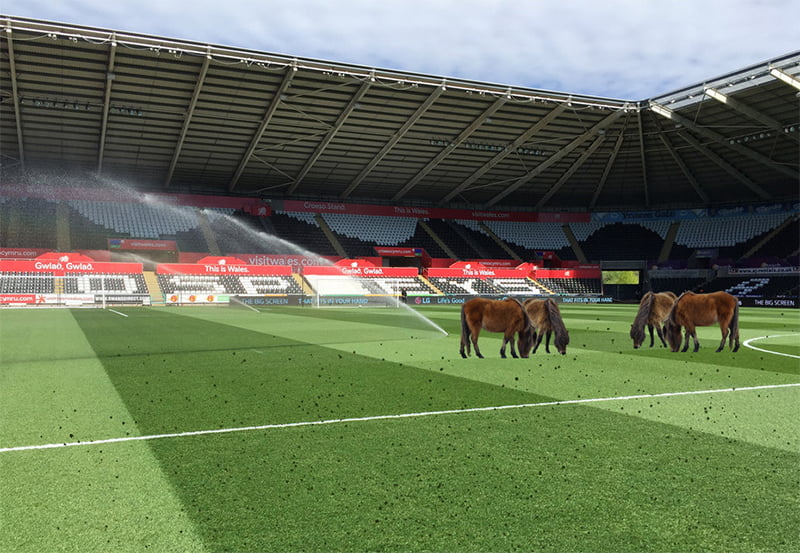 Several fans who have contacted us via email have pointed the finger of blame towards the hills above the city, home to the famous Penlan ponies.

Older Swans fans may well remember the times when you would see them trotting around the streets of Swansea before galloping down the Kingsway, albeit before the Council changed the roads for the bendy bus and then changed them back again. 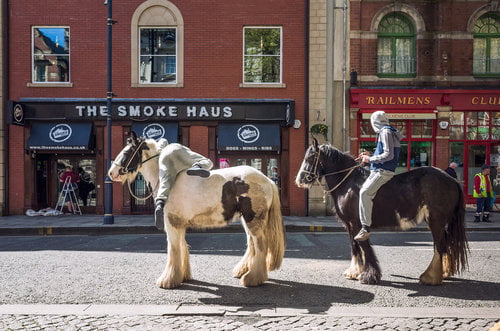 Therefore on behalf of the club and Swansea City fans everywhere, we’d kindly ask the owner of the ponies to please go to the Liberty Stadium and collect them as soon as possible.

We’ve been told (unofficially) by the club that due to the majority of staff working from home and in the interests of social distancing, the offending ponies have been tied up to the bicycle racks outside the main entrance, with ample supplies of food and water, ready for collection.

At the time of writing, the cost of the damage to the pitch isn’t known, but we’d estimate that the grass won’t need cutting for a fortnight thanks to the ponies efforts.