I’VE BEEN clocking up the miles again this week with just one aim – to find the players who can put us in the promotion frame next season. 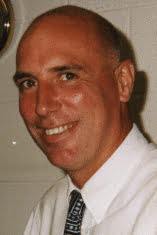 With no midweek match, it has been ideal for both Alan Curtis and myself to hit the road in search for those players who could make a crucial difference next winter.

It is no secret that a goal-scoring forward is top of my shopping list this summer. Unfortunately, every manager is looking for the same thing so the competition is going to be pretty intense.

I keep drawing up lists of players I want and they keep moving to other clubs. At the moment I think I’m on my fourth list.

But it does not really matter how long it takes between now and the start of the new season in August as long as we find the right kind of player.

I’ve already been promised that money will be available and we must be absolutely sure that we spend it not only in the right areas of the team but on the right people.

Before anyone jumps down my throat and says I signed Julian Alsop recently, I am not looking for that type of forward. Julian is 6ft 4in and he is there to lead the line, to give us a physical presence and to hold the play up and bring others into the game.

I think he has been doing it pretty well and, of course, I am expecting him to score his share of goals next season.

No, the person I am looking for is someone with a cool head who can take advantage of all the chances we have been creating.

If we want to be up there challenging next season, we must not allow teams like Shrewsbury to come to the Vetch and pinch the points after we have created the best opportunities.

Basically I am looking for a quick centre forward, just like everyone else. Someone who can score you 20 goals a season. All successful teams have a player like that and to keep us on course for promotion next season we must also have a similar player in our team.

I know I’ve got plenty of strikers on the books but, for whatever reason, they have not delivered enough, otherwise we would not be down at the bottom of the Third Division.

Don’t get me wrong. Tony Bird and Steve Watkin have worked hard and I’m sure Aidan Newhouse will make a big contribution when he is fully fit next season, but if I can find the right player to put pressure on them there will be healthy competition for places.

Every decision we make now, whether it’s mine, the chairman’s or Peter Day’s, will be geared towards getting off to a successful start in August and then maintaining it.

After the miserable season we’ve had, I feel sure that every supporter will echo those sentiments. There may be nothing left to play for except pride in our remaining matches but there are a lot of crucial decisions still to be made.

Having said that a striker is top priority, I will not be neglecting other areas of the team and I’ve already had my eye on one or two defenders.

For a manager, whether he has been successful or not this season, it has always been a crucial time of the year.

It’s all about making the right decisions and ensuring that those foundations are rock solid come August.